I wanted to list all cursors which exist in system, and I realized that this is not so easy. So, this is only solution which I have found in Microsoft help:

As you can see first I had to write array of cursors, and then I was looping through that array, and assigning cursors.

So, first part which you have to notice is:

With that part we are defining resources, and to use it, we can simply write something like:

Notice myStyle, this is name of our resource.

Now, lets move that our style to ResourceDictionary. 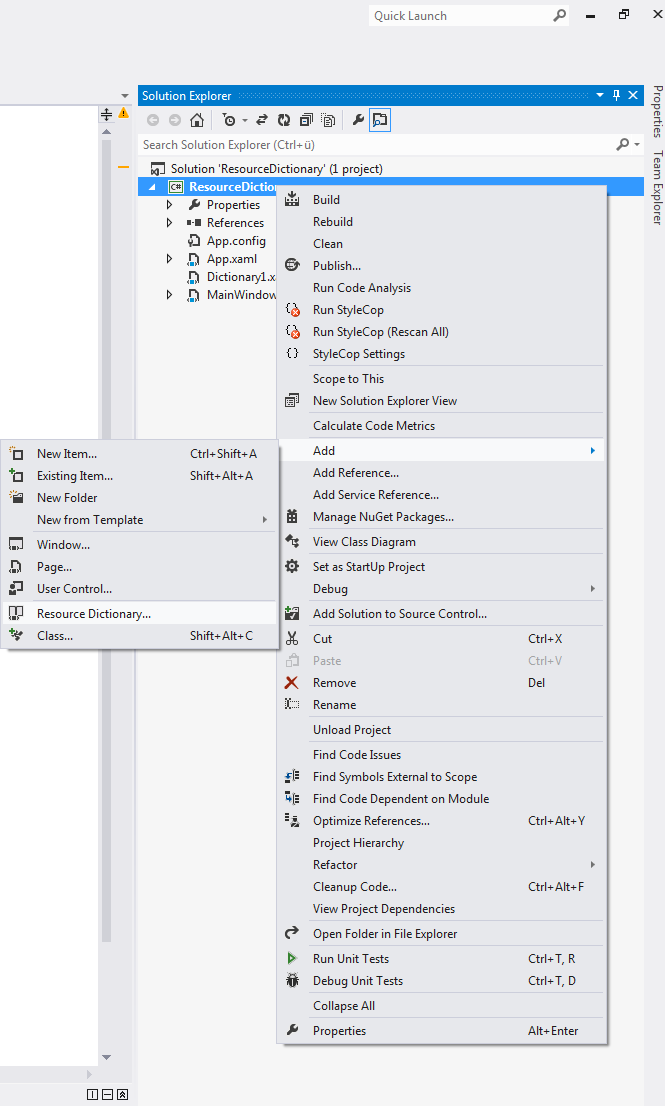 Name it as you wish (in my case I name it Dictionary1.xaml), now cut myStyle from MainWindow.xaml and paste it to your dictionary file, in my case it looks like this:

Note source, and that is all.

Only thing on which you have to take care is Convert Zero Datetime=True, without that you will receive error:

These days I was learning autofac, and this article is sort of a product of my learning. This web page I was using for learning, and for writing this article.

Idea was to have two buttons, where one button will send a message to textbox, and another will display message.

First we need to add reference to Autofac in our project, I did it with NuGet:

As you can see first I created IOutput interface which is like general interface for writing, after that I have created IDateWriter which is going to be "implementation" interface. TodayWriter is the class where all things come together, it is of type IDateWriter, and with constructor dependency injection on IOutput.

Now, when we prepared our class, we have to prepare our WPF application.

With that we are registering our class where "all things come together", we need that part as sort of a initialization, as much as I understood.

Next code we will use it on methods which are executed on click of button:

With RegisterType we are deciding which interface implementation will be executed, and with Update we are updating autofac builder.

Also, interesting part of code to notice is:

Example you can download from here, and here is github branch.